„We, the former members of the Operation Solidarity network, together with European comrades, want to inform you about what happened in our initiative.

Since the first days of the war, our collective has been supplying our anti-authoritarian comrades who took up arms with everything they needed. Together we created the logistical network linking EU countries and Ukraine. We gathered funds and bought equipment for more than 100 fighters. We communicated our views on the war to thousands of our foreign comrades, we delivered tons of humanitarian aid. But at some point work of the network in which dozens of people from different countries are involved was effectively blocked by a small group of people — a person known as Salem, his brother, and their friend.

All our attempts of reaching an agreement about the decentralization of power have failed. Instead, we had to face blackmail and the appropriation of collectively gathered donations. Using their exclusive access to media resources and money accounts, Salem and his comrades appropriated a substantial part of money justifying that with ‘futility’ of volunteer activities, and announced the intention of creating a semi-commercial project under the Operation Solidarity umbrella. Our requests in that case to pass the social media to a third party and show at least some substantiation for their new project were futile.

Considering this, we no longer see ourselves neither in one organization nor in one movement with Salem. We have to cease our activities in Operation Solidarity, the initiative in which all of us have put effort, time, money, and our names. The team of Operation Solidarity will continue its volunteer work under a different name Solidarity Collectives.

What exists under the name Operation Solidarity now has nothing to do with volunteer work, and money is being collected for unclear purposes. That’s why we call for all anti-authoritarian collectives not to cooperate with three people who still present themselves under the name of our once common initiative, not to popularize it, not to invite them to public events, and not to donate to the old accounts.

It’s extremely sad for us to write such statements at a time when the Ukrainian anti-authoritarian movement has to be united more than ever. But to be able to keep helping our comrades in military formations and perform humanitarian missions, we must turn this page.“ 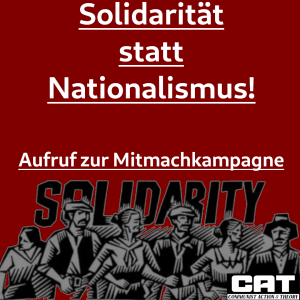 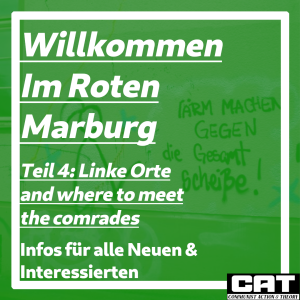 Part of BEYOND EUROPE